You can die in:


So let's talk about shelter.  Shelter protects you from the weather, the sun, wind, rain, snow, heat, cold, and more.

Shelter might be something as simple as an emergency blanket, sleeping bag, bivy sack, a rain coat, a hat, or even sun tan lotion.  While these help keep you comfortable, they don't protect you from the kind of things that will kill you in 3 hours.... extreme weather... mainly extreme Temperature.

The key is to think about the risk you might face, and what provisions would be prudent, and be sure you have them available when needed.

Handgun Introduction
What is a Prepper?
Why we Prep

Posted by Prepper Handbook at 10:42 AM No comments:

Email ThisBlogThis!Share to TwitterShare to FacebookShare to Pinterest
Labels: Shelter 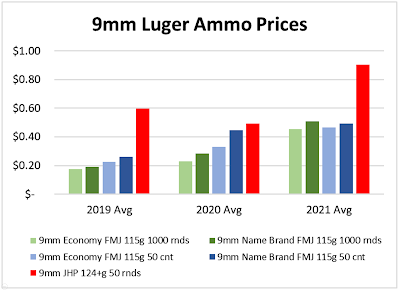 Yes, we are seeing improvement in Ammo prices, but they are still high when compared to 2019, and coming down slowly. In a few cases, Academy and Bass ProShops had 50 count boxes, limit 4, available at $10/box less than on-line prices, AND without any shipping cost. My advise on this is to get out to some of the large retail stores, where they will offer you some good deals to get you in their store.

Due to tight supplies, and no ammo being available in certain categories, especially JHP (Jacketed Hollow Point), there were only a few economy brand prices to report, skewing the 2020 JHP price lower than normal when compared to the others. 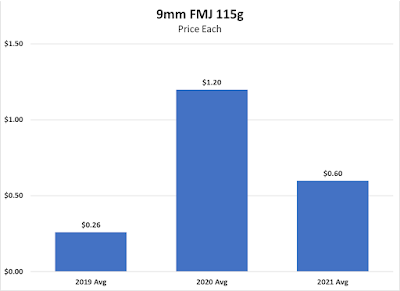 We are seeing substantial improvement in Ammo prices after escalating during the 2020 riots on the west coast.  But prices are still much higher than 2019.  With the huge inflation that started under Biden/Harris, and their ban on imported Ammo from Russia, it is unlikely prices will ever reach 2019 levels again.

Economy brands can be about 15% lower than well-known brands like Federal and Winchester, but not when ammo is hard to get. When supplies are tight, economy brands will cost nearly the same as name brands.

Next month, we will look at the bargain brand prices for 9mm.

Posted by Prepper Handbook at 7:24 PM No comments: 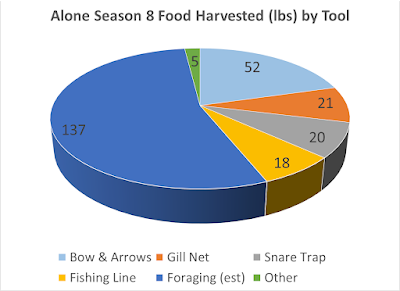 Posted by Prepper Handbook at 9:07 PM No comments: