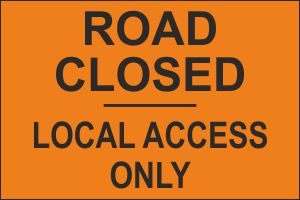 Urban Security is perhaps the most challenging for several reasons.  First, you are more likely to see riots and looting in cities where the population density (number of threats) is high.  Second, the available food and drinking water supply can be quickly depleted. For these reasons, Urban Survival for a week or two after a hurricane or other natural disaster is practical, but less likely, if not impossible long term.  See the Urban Survival Perspective or watch the Walking Dead which is a realistic scenario of how difficult and violent things can be.

The first step is community organization and ideally advanced preparations as unprepared neighbors, can quickly become your enemy when their children get hungry and you have no extra food to spare.  Having a neighborhood watch program is an excellent start, providing contacts of secure minded neighbors and some level of organization & communication.  With more people in cities, you have the potential for having a sizable neighborhood security watch. At the very least, have the names and phone numbers of your neighbors and be on a friendly basis with them so you can check on them, know how they are doing and where they stand.

Second, organize a daily neighborhood meeting at a neutral location like a park, community pool, etc. to keep everyone informed.  Later organize a volunteer neighborhood security watch. It doesn't have to be armed, and perhaps initially only concealed carry should be utilized, depending on severity of issues faced. Block off  or restrict vehicle access to your neighborhood by parking cars across the roads or limiting access to a narrow lane that requires slowly going in and out of cars parked on alternating sides of the road. Control access in and out and limit it to residents. Inspect incoming vehicles and randomly search suspicious ones. If they refused to have their car searched, don't allow them in or post a guard to watch them. In Apartments and gated communities, deactivate the automatic exit gates that open when metal is detected, as well as the entrance gates.

In most cases, this security presence is all that will be needed in a short term Event to serve as a deterrent and divert Threats to a less protected neighborhood.  But as a third precaution, or in the case where the Threats are greater, select some high vantage points with views in several directions to have an armed guard watching out.  In Apartments for example, it might be a 3rd floor stairway, patio or room with windows facing two different directions.  A corner lot home could serve the same function.  You want two things in selecting your look out post - 1) a good view and 2) cover to protect you from gun fire (not just concealment).   A roof look out position might be a good choice, but exercise care to not fall off.

Having look out points that can cover all the avenues of approach is essential.  For example an Apartment Complex in the shape of a square; having a look out at each of the four corners that can see both sides of the complex fence will give not only full coverage, but provide redundancy or two diagonally opposite guards can watch all 4 sides of the complex.  The addition of a roving Scout team to gather intelligence about threats outside your neighborhood might also be prudent, even if communications are semi-functional.

For increased security, the use of motion detecting alarms & lights, door alarms and trip wires can provide an added level of protection.  Something as simple as fishing line strung shin high across an avenue of approach and soda cans with rocks in them tied to the ends of the string.  The cans will rattle when the string is tripped. Solar powered landscape lights can be helpful, especially in power outages, by providing lights and rechargeable AA batteries.  Things like these around your residence could be helpful because a neighbor on the inside could eventually prove to be one of your worst threats, especially if supplies are exhausted.


Last but not least, good communication is essential.  Having MURS/FRS radios or text messaging to communicate is a good idea.  Share phone numbers and set up a message group to communicate updates to.  Communicate with the local authorities to assure them you will be complying fully with the law while protecting your neighborhood. Do this before one of the neighbors call and complain about vigilantes or something. In the end, a good attitude and good relationships with the neighbors are what will make this effort successful.

Posted by Prepper Handbook at 7:07 PM No comments:

A Dark Perspective of Urban Survival

Our post here is by a reader with a realistic but dark perspective based on history. 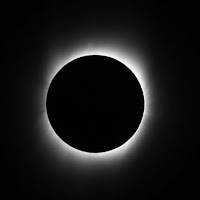 Laws provide the structural framework that supports the cooperative, constructive functioning of groups. This includes small families, clans, complex societies, and nations. In an organized society we expect others, and ourselves, to behave within certain social and cultural boundaries.


Over time many Americans have experienced an incremental psychological desensitization and numbing. TV provides an excellent tool for conditioning a populace to tolerate increasingly higher levels of aggression, social disorder, paranoia, brutality, and government control. Sensibilities flounder under a constant flow of media generated illusions. When did the citizens stop being outraged by the gradual erosion of our Constitutional rights, freedoms, and privacy? When did our society move to acceptance of militarized law enforcement and the threat of increasing gun control?

The 2010 census determined that the U.S. population, before recent mass influxes, was 308 million, with 80% (250 million) living in urban areas. In an event in which America transitions towards disorganized lawless chaos, most Urbanites are likely to die.

One's geographical location could be a killer. New York City is a cluster of islands with 8.5 million people. These islands are physically connected to each other and the mainland by tunnels, bridges, and ferry services. Phoenix has fewer residents (2 million). This city is an island surrounded by a sea of desert. A fragile web of roadways, rail road tracks, and power lines connect it to resources.
If an urban area becomes isolated, resources will be quickly consumed without replenishment. When the electricity stops flowing, the water stops flowing. Weeds growing in sidewalk cracks and rats in the sewers will not sustain many people for an extended period of time.

During a catastrophic event the mass exodus of evacuating Urbanites may be countered by Rurals. In an act of collective self-defense, Rurals may cut-off avenues of egress and force urban areas to burn themselves out. (JR Note: see Bug Out Warning)

Everyday urban life demands that residents be more tolerant of intrusions and loss of personal space and rights. They tend to be intrusive and intolerant of frustration or delayed gratification. Rural people tend towards more self-sufficient lifestyles. The testing of personal and societal boundaries is not long suffered. Although typically generous towards one another, most would feel justified in their opposition to large influxes of unprepared parasites.

Initially to thin the herd and stretch diminished supplies, non-productive eaters will initially be evicted then quickly transition to being eliminated to keep their valuables and avoid them being future enemies. Psychological desensitization induced by the stress of the event, will allow us to kill those we perceive as less than human. Extermination of the incapacitated and incarcerated will gradually yield to the ability to kill those we would not have previously considered. The ghosts of the Donner Party will rise, but man cannot live on meat alone.

We are already cognizant of the similarities between government and organized crime. In urban centers gangs and gangsters are acknowledged as an integral component in the entrepreneurial landscape. Post-event, a power vacuum could develop in anyone of these entities. These groups will be challenged, or joined, by those with a variety of goals. Eventually the leading power players will be the ones with the most resources and manpower to forward their agenda and influence outcomes.

The devaluation of human worth would evolve voluntarily and involuntarily. When all that is left is one's self, people prioritize to survive. Trading sex for food, shelter, or protection is making the most of an easy, readily available and renewable resource.  Children become a marketable commodity to earn income for their owners or protection of other family members. Children of the prepared may be held hostage to extort supplies from their group. The utilization of human cargo could include involuntary participation in a variety of criminal activities, military operations, or forced labor. Sacrificing one's self, or someone else, is not an unheard of option for putting food on the table (in more ways than one).

I was born and raised on the New York islands. I then lived 20 years in remote areas along the Canadian border of Maine. The differences between Rurals and Urbanites are variable and often pronounced. Urbanites tend to be dependent upon the system, expecting the government to fix their problems, whereas Rurals are more self-reliant and work out their own issues. The behavior spectrum will widen and present with more extremes during a prolonged crisis.

My intent with this writing was to explore how a "prepared" individual might survive in an urban setting following an event that leads to societal collapse. I have come to a less than favorable conclusion. Extended urban survival will be difficult if not impossible without leaving early for a stocked retreat.  Even having a good store of food may only result in being over ran by a gang or having it confiscated by the area government.

In the post-event environment without rule of law, it will not be "survival of the fittest," but rather "last man standing." Odds are that most people will die, a few people will survive, but no one will have any quality of "life."

To survive a cosmopolitan catastrophe you have to maintain situational awareness. Keep your ear to the ground to detect rumblings of impending danger, dissent, or disaster. Maintain pre-set limits and draw your "line in the sand." When these parameters are encroached upon or exceeded, make your move. Paralysis at this critical point will stifle assertive, constructive forward momentum. You have to get out and get our EARLY.  (JR note:  See Red flag warnings its time to Bug Out )

One way or another, the Rurals will be waiting for you. Make sure you don't come out empty handed, because it may be a very long time (if ever) before you can go back.  Without a stocked retreat, you may have nowhere to go

In summary, your best bet is to bug out to your well stocked, secret retreat early.

Posted by Prepper Handbook at 6:49 PM No comments: