Juan Pablo used a unique strategy to win this event.  He didn't boil his water, nor burn a fire in his shelter, until the very end.  He only started a fire when he needed to cook food. This saved a tremendous amount of calories gathering fire wood.  Instead he bundled up and spent a lot of time in his sleeping bag.  This might be considered a Best Practice but carried some risk by not boiling his water.  He has experience drinking suspect water however.

He was also a good shot with a bow, rarely missing small game, and only lost 2 of his 9 arrows while some others only had 4 or 5 arrows left from missing so many shots.

He also built a pier out in the river to access deeper water, and immediately began to catch fish. When he caught a fish, he didn't stop immediately and go cook it, but rather kept fishing and caught several more while the fish were biting.  Another Best Practice.

Posted by Prepper Handbook at 6:41 PM No comments:

Email ThisBlogThis!Share to TwitterShare to FacebookShare to Pinterest
Labels: Alone 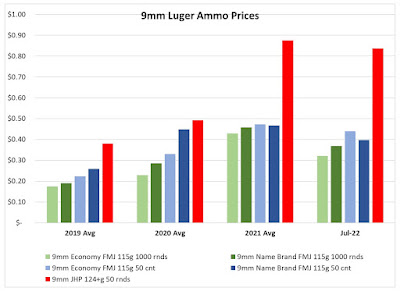 July 2022 prices are down on average by about 18% from 2021levels. There continues to be a wide range of prices, and below are some links to the low cost ammo we found this month. 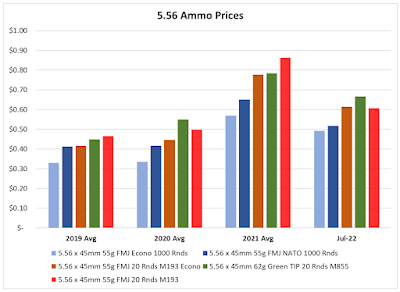 Low cost providers for 5.56 were the following: 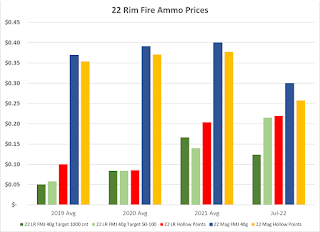 Low cost providers for 22 LR were the following:

Other Ammo Prices can be seen above, and here are some links to hard to find ammo:

If there is a particular ammo you are having trouble finding, let me know in the comments below.

Posted by Prepper Handbook at 9:52 PM No comments: