Wilderness survival skills are good to have, and I would love to write a whole book on the topic, but it will not be sufficient in a serious Event. Even experts struggle to survive for 7 to 21 days in the wild. It will however be a good short term supplement to your food stores. That said; let us look at some survival basics. First, remember the Rule of 3 previously covered. I will repeat it for your convenience.


The Rule of 3 (revisited) - you can die in:
3 seconds without security (or less)
3 minutes without air;
3 hours without shelter (in hostile weather);
3 days without water &
3 weeks without food.
Below is my Wilderness Survival Kit with a description and explanation of each item. 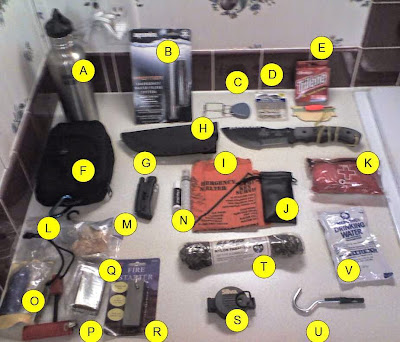 Note there is some intentional redundancy on fire and water. Fire can boil water to make it safe but requires a lot of energy and calories to start and maintain. Water is your most essential survival ingredient in most cases. If I had to prioritize these items, I might put them in this order:  G, A, F, X*, W*, B, H, E, & D (*not shown).

Having multiple traps and fishing lines set to catch food and checked frequently can be a better alternative than hunting. Following are some sample traps. Something like this can also be filled with fabric, sand, and charcoal and used as a multi-stage water filter. 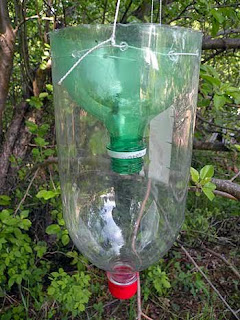 This is a trap for small fish. Minnows and crayfish swim in, but do not swim out. It can also be used for catching rain. Larger versions can be made from sticks, straw, or rocks. 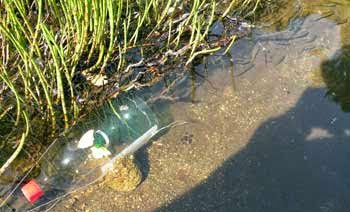 This is a Piute deadfall below is one of the most effective traps for rats and small game. 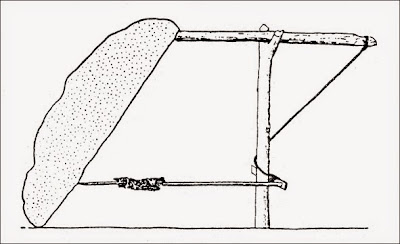 This treadle snare trap can be used for small or medium sized game. 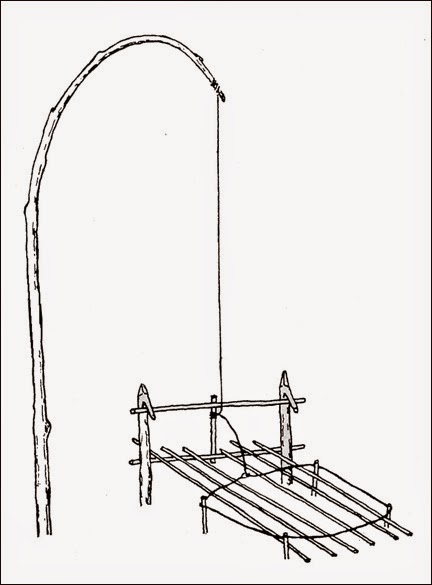 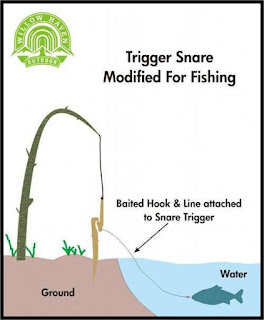 Surviving off the land will be difficult unless you are very knowledgeable about edible plants or grow your own food crops. Let me explain why. The United States has 317 million people and 2.4 billion acres of land, which equates to about 7 acres per person and much of this is not wooded but rather heavily populated. These 7 acres equates to about 5 football fields. Walk out, look around this much space, and see how much game you see to eat. Now imagine everyone in sight will be trying to eat this same game and think about how hungry you will be. This is barely enough land to grow crops to eat but not enough to support wild game to eat. Commercial farmers & ranchers use 3 acres per American to feed us. There are only about 5 acres of land per earthling although some of our food comes from the sea.

In the 1900’s there were about 500,000 deer in the US due to unregulated unmanaged hunting that resulted in killing does. This is where our deer population would quickly get to with as many hunters as we have suddenly depending on them for food. That is approximately one deer per 5,000 US acres and per 700 people at today’s population. This equates to about 2 ounces of meat per American per year. Sure, we have other wild animals. Squirrel was a staple for early settlers, but other such available meat is less than deer so clearly many people will starve if depending on wild game for food.

For this reason, I strongly recommend a few books on edible wild plants in the Appendix under Recommended Resources. You should also know the universal edibility test below.  A good source for this and other information is: http://www.wilderness-survival.net/forums/showthread.php?1662-Universal-Edibility-Test-for-Plants

There are many plants throughout the world. Tasting even a small portion of some can cause severe discomfort, extreme internal disorders, and even death. Therefore, if you have the slightest doubt about a plant's edibility, do not eat it. Particularly avoid mushrooms unless you have been taught well which are edible. If you believe it is edible, first apply the Universal Edibility Test to be as safe as possible before eating any portion of it.


Use this test at your own risk, as the author, publisher, and affiliates accept no responsibility for your use of this. Test all parts of the plant for edibility, as some plants have both edible and inedible parts. Do not assume that a part that proved edible when cooked is also edible when raw. Test the part raw to ensure edibility before eating raw. The same part or plant may produce varying reactions in different individuals. Boiling and draining the juice several times can also reduce your risk.

Because this test is time consuming, you only want to use it for plants that are plentiful so you get enough to eat. Do not over harvest. Leave at least half of the plants to reproduce.
Some common edible plants include cattail, dandelions, green briar roots, prickly pear, sheep sorrel / sour doc along with pine needle tea. Some pictures follow, provided by http://www.foragingtexas.com/, which is an excellent website to visit. 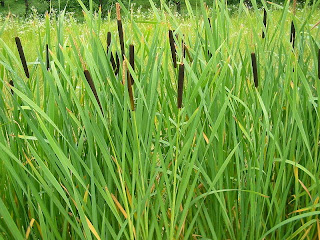 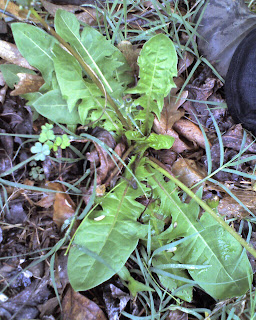 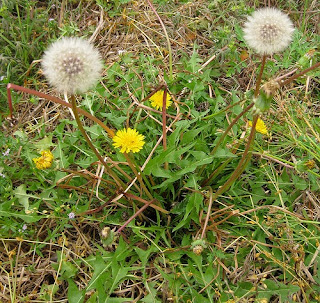 Green or cat briar tendrils and large roots are edible 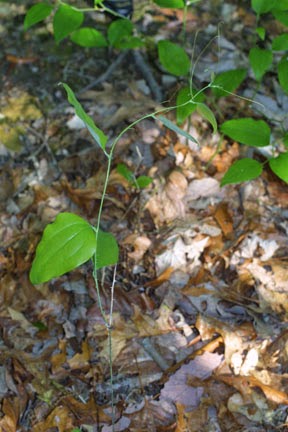 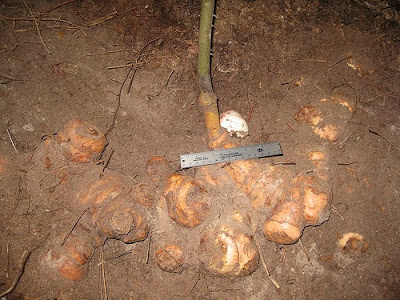 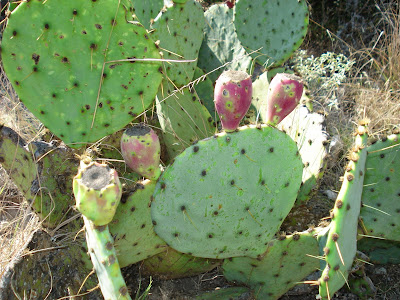 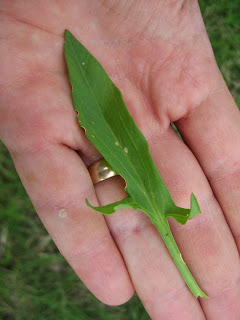 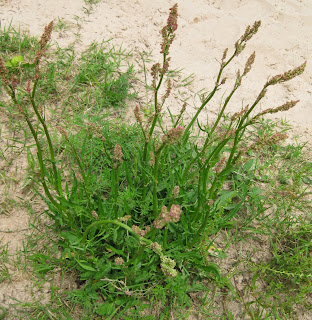 Pine needle tea is a great source of vitamin C 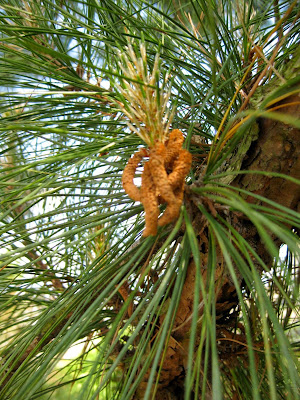 For millions of years, humans had to find their own food. They spent a large part of each day foraging, hunting and scavenging. Then, within the past 12,000 years, our species, Homo sapiens, began producing food and changing our surroundings. Humans found they could control the growth and breeding of certain plants and animals. This discovery led to farming and herding animals.  First locally, then globally. As humans began producing food, they settled down.  Tribes became villages that eventually grew to become cities. With ample food available, the human population increased dramatically. Our species is so successful that it has created a turning point in the history of Earth.  During this same period of time, several foraging species of  humans became extinct.  This  strongly suggests that we cannot survive as a species by hunting and foraging alone.

Out next chapter in the Prepper Handbook will be Sustainable living with a detailed plan for meat and vegetables and preserving them.