Even a limited nuclear exchange would destroy everything for potentially hundreds of miles, sending up enough dust into the atmosphere to partially block the sun for years, causing drastically cooler conditions.  Earth could enter a man-made Ice Age or a Nuclear Winter which may be more severe than an Asteroid Impact Winter. The EMP from a nuclear exchange could destroy all electronics that are not shielded by a Faraday cage or metal enclosure. A solar flare could do the same.
Humans have survived an Ice Age before, but not during a time when our survival skills and preparations were so low.  The good news is that survival after a nuclear exchange is possible with a few preparations. 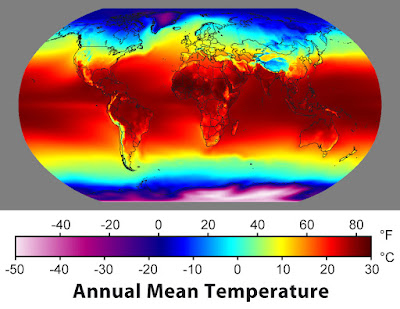 Such Preparations would fall in two categories:

1) Surviving a 3-10 year winter, tidal waves, fire storms and acid rain.  Within 20 days, the global average temperature would drop from 58 degrees (F) Fahrenheit to 35 F, recovering about 10 degrees after a year or two.  By this time, 1/3 or more of the northern hemisphere (all of Canada and Northern US) would be covered year-round by snow.  The entire earth would experience freezing in the winter, and only the darkest red areas would not be frozen year-round.

2) Surviving the "break out" after the sky clears, and the weather warms enough to begin life outside again.  The risk of unusually high ultraviolet exposure exists as the skies clear after being scorched. Disease from the fatalities decaying is a serious risk.
1) Surviving a 3-10 year winter
It could happen without any warning with only a matter of days to react.  So a high level of preparation and readiness is important. What should we prepare for?
Building your food stores the right way
Identifying nearby food warehouses, school cafeterias and other such places that feed large numbers might be a place to salvage food.  Animals that survive will likely be underground, underwater or able to withstand cold and eat grasses under the snow or bark and twigs of trees like goats, rabbits & deer.
Passive Layered Security
Urban Security
2)  Surviving the break out
Nothing would be worse than surviving the extended winter and then not being prepared to survive the new world.  Here is what you might need and some of this could be salvaged from hardware and farm supply stores.
At this point, common long-term survival preparations are needed in addition to those to handle cooler and more erratic weather and shorter growing seasons.  There is a tremendous amount of detail regarding a long-term sustainable meal plan that is important. How much do I need to plant and how many animals do I need to raise.  The Prepper Handbook by JR Ray on Amazon covers all of this in great detail, so we will not duplicate it here.
For additional information click on the link below:
Blog Table of Contents