This has a high risk of occurring, slowly over time, with incrementally more and more restrictions.

African Slaves, German Jews, Australian Aborigines, Native Americans and the citizens today of Hong Kong were not allowed to own Guns, nor have free elections.  Foreign controlled Democrats would have Americans join this group.

THE BIDEN PLAN will be led by Bozo Beto O'Rourke, the failed senator & presidential candidate from Texas, and  includes mandatory gun selling to the government; AR's to start with.  Yet only a fraction of 1% of the gun murders are done with AR's.  Democrats do not want you to know The Truth about ARs.

This is gun confiscation, with a spoon full of sugar and WILL be the beginning of the end for Gun Rights in America. 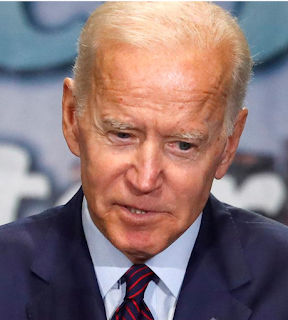 Either that or you must register them, so they can easily be confiscated later (like Australia did), and pay a $200 tax on each gun and magazine.  So if you own 1 gun and 4 magazines, that is $1,000.

Why do we need an AR, because criminals have them, and it is our constitutional right to protect ourselves from enemies foreign and within, like looters. and this is the best civilian gun for the job.  That is why it is the most popular rifle in America.
In Seattle police were told to stand down as looters planned to burn a couples house.  But they legally & peacefully defended it with an AR, and had the Democrat Prosecutor seize their guns and charge them with multiple crimes. This is despite the rioters carrying ARs and kicking their fence gate down, but of course, the main stream media did not show this part.

So why do Democrats want to ban them?  It's not about saving lives, its about controlling the pheasants (us).  Its about taking over our country, and leaving us no recourse like Hong Kong, who the British disarmed and then turned them over to China who is today taking away their right to free elections, and crushing the protestors who resist.

In 2015, Hillary Clinton said the Australian-style gun confiscation would be considering.  First they started registering guns.  "You can keep them, but they must be registered."  Then after they were all registered, they decided that everyone must turn them all in.
The NRA is the only organization devoted totally to protecting our right to bear arms, by lobbying the government and donating to politicians who help protect our rights.  The NRA Institute for Legislative Action (NRAILA) needs donations to help protect our constitutional right to bear arms.

It is important that we VOTE and support the NRA by becoming a member.
For additional Prepper information, see our:
Blog Table of Contents
Free Trade vs Duties (<- MUST READ)
US Poverty from a global perspective