When our original 13 colonies joined together, we were truly one nation, with a common belief in Christ. But through excessive immigration, much like the Native Americans experienced, our nation is diverse and divided today.  Will we see the same result as Native Americans? 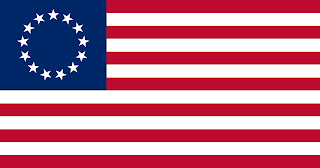 Don't get me wrong, immigration growth and diversity is good for our country, but like most things, an excess is bad.  Uncontrolled immigration growth is like cancer, unhealthy.  Throughout history, excessive immigration has resulted in increased violence.  Starting with the Native Americans, to the Italians and Irish and today the Latino Gangs; each time, unrest or wars followed.

With out respect for our Constitution and the beliefs of others, our country will be lost. Today it seems we are headed that direction, as different groups seek to force their beliefs on others.

The wide range of beliefs between California and most other states are extreme; perhaps too much so for the other to ever tolerate, much less respect.  But why can't the different states simply have their own laws and do things their own way?  Enter the Federal Government, where which ever party is in power drives their agenda, without regard to the States rights.  This is what the tragic American Civil War was about. Slavery was a key issue that Republicans (like Lincoln) opposed, but at the time, the States determined whether it was legal or not.  Yes, Lincoln was the first Republican president.

None of the 50 US States were conquered. Each State joined the US voluntarily and should be able to leave if they so desire.  Is the US like MS-13 Gang Members, once you join, you are a member for life, and trying to leave is a death penalty?

While I'm not an advocate for breaking up the US, the beliefs between California and Texas are vastly different, and the Federal Government has grown excessively too.  I do however believe in the Convention of States.  But if that doesn't work to restore order and clarity to the US, then States should not be held prisoner and should be allowed to leave the US in an orderly manner, rather than go down a road of violence where the country collapses.  Remember all great Empires fall in time, just like Rome did. Rome fell from indifference by its citizens after infiltration by foreigners as they expanded and intermarried with people who did not share the Roman national pride and beliefs.  Much like today where Americans marry or become friends with illegal immigrants and then suddenly they are opposed to any kind of immigration restrictions or Border Control.

The Convention of States may be our only solution.
Read about this, and contact your state and federal politicians to support this initiative.

Posted by Prepper Handbook at 9:31 PM