The perfect handgun would be light, compact, fit your hand well, be very accurate, quite, hold lots of high powered rounds with a lot of knock down power, but not have much kick/recoil.  Unfortunately, there is no such thing as the perfect gun for all occasions.  However, it is possible to select an excellent gun for a given purpose. When selecting a personal handgun, here are some key things to consider.


A. Intended use - this helps determine the size.
B. Frequency of use - This determines whether an Automatic or Revolver might be best. 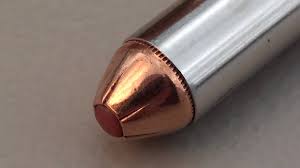 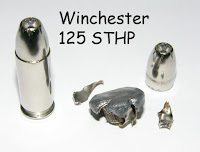 A revolver can shoot the first load of ammo faster than an Automatic in skilled hands, but the Automatic is faster for the average shooter.  The Revolver is slightly slower to reload, even with speed loaders but is slightly more reliable although many would disagree.

C. Size and strength of shooter - This helps determine the caliber.
The most common handguns used by law enforcement where the agency buys the gun is the Smith & Wesson 40 cal M&P and where the officer buys the gun, the most popular choice is a Glock, often a Glock 17 (9 mm) or a Glock 22 (40 cal). These two brands probably represent about 80% of the law enforcement weapons. These would be my first choices for an open carry, home or car defense gun, providing it will be shot, cleaned and oil several times per year.  If it is likely to be locked in my car glove compartment for years, I would select the S&W 686+ stainless steel Revolver.


Let's look at a good choice for a concealed carry gun for a person who is not a regular shooter.  Below is a stainless steel Smith & Wesson 38 special Revolver, also known as a snub nose Revolver.  Many police officers carry this as a hidden backup gun. A Smith & Wesson Shield would be a good Automatic choice. A small gun is better than no gun at all and a gun that is too big to carry comfortably is likely to be left at home and worthless.  So it is better to err on the small comfortable side. 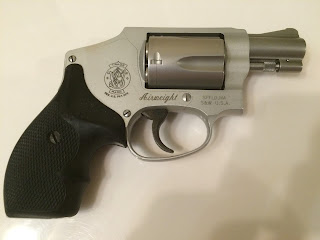 Cheaper than Dirt, a good source for ammo, guns and supplies, published a list of popular concealed Automatic weapons that can be found at: The 12 Best Concealed Carry Guns. These guns range from $230 to $994 with several in the lower price range.  There is also a list of runner up guns that are good candidates including Kahr Arms which I respect.  One concern I have with this list is that it contains a few gun brands that I've had problems with; problems like frequent feed jams (Automatics) and cracked frames.  I'm a big fan of stainless steel guns so they don't rust up when stored for years without being cleaned and oiled.  I also highly recommend that you go to the shooting range to rent and shoot the gun of choice to be sure you like it, BEFORE buying it. This will help avoid buyer regret later on.

If you get an Automatic handgun, I recommend having at least 4 magazines; two that are kept loaded and two spares that are "resting" the magazine spring.  Then each time you go shooting, rotate your active magazines with your spares so the springs do not get worn out. If you choose a Revolver, I suggest four speed loaders but you can keep them all fully loaded at all times since there is no spring to wear out.

In summary, the selection of a personal carry handgun should consider a range of properties and select the best combination for you.  The graphic below explains the relationship fairly well.

I would be anxious to hear any suggestions or considerations that have been missed, so please post any comments or questions you may have.

Posted by Prepper Handbook at 8:17 PM