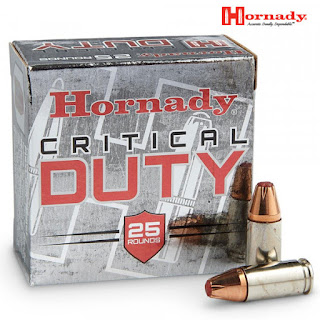 Guns.com reports that the big three ammo companies — Hornady Manufacturing, Winchester Ammunition, and Vista Outdoor — were given their own slice of a $35 million contract with the FBI for training rounds.

The Bureau awarded the contract for “9mm Luger service, reduced-lead training, and frangible ammunition,” according to April 2 announcement.

Taking $19 million, Vista will receive the bulk of the award, which covers up to four years. The company, which manages dozens of brands, said the agency opted for Federal Premium ammunition with a new match-grade bullet and a lead-free primer.

Lastly, Winchester — owned by Olin Corp. — received the remainder of the contract, to the tune of $5 million.

The FBI switched back to issuing a 9mm handgun in 2016, when the agency awarded a contracted valued up to $85 million to Glock. The agency had relied on .40-caliber pistols beforehand.

JR Note:  The plated rounds are superior in shelf life, and the FBI chosen Glock has been one of my favorite brands for many years, one in fact that I won a shooting competition with, against military and police officers.   I'm also finding Guns.com to be an interesting source of information, and recommend you add them to your favorites list.

Click on the labels below for similar topics
Posted by Prepper Handbook at 8:28 AM