Red flag warnings its time to Bug Out

This is an excerpt from the Prepper Handbook  by JR Ray on Amazon ($4.99), and our most popular post.  You can download their free e-reader and read it on your computer, smart phone or pad.  You can also order an electronic copy of this Prepper Handbook Blog on Amazon. 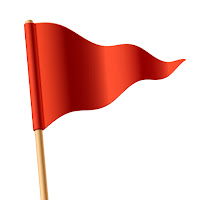 Go home, Bug Out or GOOD to a safe retreat when:
Mass Migrations have historically not gone well with traffic congestion, insufficient food and resources, disease, death, looting and violence. So leaving early is important. The further away your retreat is, the more critical this becomes. On the other hand, if your retreat is half way across the country, you can’t afford a lot of false alarms. So here is a list of potential red flag warnings that it may be time to head out. You should fine tune this list to your satisfaction.
Keep your bug-out vehicle fuel tank full and have extra cans.  Be ready to leave in 15 minutes. Once the “Event” seems to be happening, get all the cash you can from the ATM and as many nonperishable goods as you safely can; but stay away from crowds, mobs and looters. Getting away quickly is a function of preparation. Have your Bug Out Bag / Bug Out Pack, trunk, trailer or vehicle all packed and ready to go.

For some group members you may have meet up points where they gather and then proceed together. Last but not least, be packing a concealed weapon if legal.

Note that family hurricane evacuations normally took 4 hours, except for those who departed 2 hours later and the same trip took 26 hours including running out of fuel (every station was sold out) and getting 5 gallons from the Department of Transportation after sleeping on the side of the road over night... and some were not THAT lucky.

Bugging in or bugging out, either situation could end up lasting longer than expected WTSHTF so allow for extra supplies.

Posted by Prepper Handbook at 9:51 PM