The end of Free America 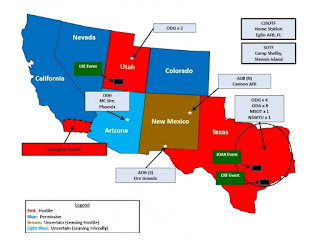 The US Government in its current form is almost 250 years old while the average government age of all the countries in the world is about 150 years old.  Many countries have been over thrown and gone through several different governments during this same time.

So for thousands of years, governments have risen up and countries have fallen. How could this possibly happen to the USA?

Suppose we elected a charismatic President of the United States that was secretly a Muslim Manchurian Candidate, with the intention of covertly destroying the US.

During his time in office, he does the following:
Once all this is in place, the president's Muslim organization commit terrorist attacks on early voting locations and then declare martial law and  "temporarily" suspend elections until it is safe.  This will drag on indefinitely or more accurately for ever.  This happened in Germany when Hitler, an elected leader, took over as a Dictator with the Reichstag Fire Decree, a response to a staged terrorist attack (like 911?).

The NSA has the address of everyone ordering guns or ammo and posting stuff on Facebook.  These unfortunate people will be the victims of night-time violence and disappear during the night like Hitler's opposition did with his feared SS.  They will take us down one at a time until there is no one brave enough to speak out.

An alternative, is to stage his own death at the hands of a white redneck live on TV and his last words are "rise up black brothers ... avenge my death"..... This country will erupt in to race violence like never before.  With 97% of the black voters voting for a Black President while about 50% of the whites voted for him and 50% voted against him (an even distribution), what does that tell you about racism?

The Native Americans could have defeated the white man IF they had united and struck soon enough.  Instead, they waited and waited until the resistance was eliminated one by one.  When they finally recognized the seriousness of the threat.... it was too late.

So it doesn't hurt to take a few precautions, but what?  We must decide now that we will refuse to suspend or delay elections; if this is enforced, we must rise up in masses and vote anyway.

Posted by Prepper Handbook at 1:11 PM

Email ThisBlogThis!Share to TwitterShare to FacebookShare to Pinterest
Labels: Liberty