Infiltration - the action of entering or gaining access to an organization or place surreptitiously, especially in order to acquire secret information or cause damage.

Infiltrating and spying on an enemy is one of the most reliable forms of acquiring Actionable Intelligence and disrupting your enemy.  This is demonstrated in the movie London has Fallen where foreign terrorist have infiltrated their military, police, city services and the highest levels of their government and their citizens are disarmed and unable to protect themselves.  Had their focus been on occupying London, or even taking over the weak UK, it would have been easy during the chaos and confusion. 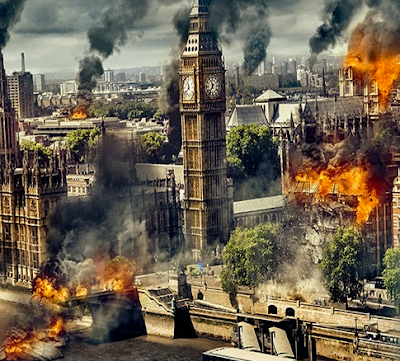 Clandestine, espionage or false flag operations involve infiltration based on deception, but there are also battlefield maneuvers and combat tactics that penetrate the enemy during active combat.

A clandestine operation is an intelligence or military operation carried out in such a way that the operation goes unnoticed by the general population or specific enemy forces.

False flag refers to covert operations designed to deceive; the deception creates the appearance of a particular party (group or nation) being responsible for some activity, disguising the actual source of responsibility.

The term "false flag" originally referred to pirate ships that flew flags of countries as a disguise to prevent their victims from fleeing or preparing for battle. Sometimes the flag would remain and the blame for the attack laid incorrectly on another country.

In warfare, infiltration tactics involve small special forces advancing into enemy rear areas, bypassing enemy strong points, possibly isolating them for attack by follow-up troops with heavier weapons. Soldiers take the initiative to identify enemy weak points and choose their routes, targets, moments and methods of attack; this requires a high degree of skill and training, and can be supplemented by special equipment and weaponry to give them more combat options.

Forms of these tactics were used dating back to classical antiquity, but only as a defensive or secondary tactic.  Decisive battlefield victories were achieved by charging en masse against the primary force of the opponent. Modern defensive firepower made this tactic increasing costly especially when trench warfare developed and most such attacks were complete failures. Raiding by small groups of experienced soldiers, using stealth and cover was commonly employed and often successful, but these could not achieve decisive victory.

What did prove effective was centrally-controlled firing plans for intense bombardments with minimal delays. The first phase might be bombardment against enemy communications, telegraph lines, and headquarters, roads and bridges, to isolate and confuse the defenders and delay their reinforcements. The second phase might be against the defenders' artillery batteries and the third against their front-line trenches to drive them back just before the infantry assault on those positions. The last phase was typically a creeping barrage that moved forward of the advancing infantry to quickly bombard positions just before they are attacked. The phases were usually much more complicated, quickly switching between targets to catch defenders off guard; each bombardment plan was carefully tailored to local conditions. The type of shells were depended on the target, such as shrapnel, high explosive, smoke, illumination, short-term or lingering gas shells. The total bombardment time was usually from a couple hours down to just minutes.

Lets get back to how to have spies inside our enemy camp while keeping them out of yours.

To infiltrate, you need someone:
It should also be considered that your enemy may be aware of your "Spy" and feed them bogus information to set a trap for you.
To avoid infiltration:
If you do suspect there are possible Spies in your group, share a different piece of bogus information with each suspect in confidence.  Reiterate that they are to tell no one about this. Write down exactly what you shared with each suspect, so that when you hear something that has been shared come back through other channels, you will know exactly who the Leaker is.

Espionage is complex, and could be critical to the survival of you and your family. Groups that are easy to infiltrate will be easy to conquer. Good preparations will only make you a high value target with out secrecy and good security.
For more information, see the following links:

Posted by Prepper Handbook at 9:43 AM