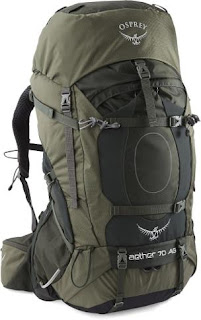 There are many factors to consider when selecting a backpack, where the choice will vary by person.  But let me tell you some important ones that everyone will want to know about.

Now it is time to get yourself a pack, and take our Survival Test.  Our Alone Series will give you some good ideas on what to carry in your pack.

Email ThisBlogThis!Share to TwitterShare to FacebookShare to Pinterest
Labels: Camping

Every Day Carry or EDC Survival, is the most common survival scenario, where a person must survive with only what they carry on a daily basis.  In this post, we are focused only on what a Woman could easily carry on them. 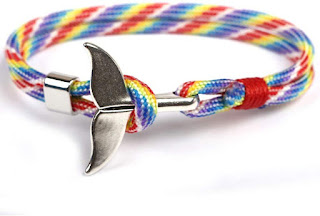 In discussing this, its important to note that most women are more discriminating than men in what they wear, which limits what they might carry on their person.  For example, women are not likely to wear survival jewelry, or fish hook ear rings, or a para cord bracelet, but it they will, great!  There are some beautiful options. But also, women are more inclined to carry a purse which gives them far more options.  Without her purse, a woman can be at a disadvantage survival wise compared to a man, but with it she can have a huge advantage.

What a woman should / could carry on her person every day
So lets discuss what she might carry in her purse as this practice gives her a distinctive advantage over a man.
* Cannot be carried in certain places such as when flying.

Now I can already hear many of the women I know saying "I'm not putting all that junk in my purse."  Okay, that is fine; you can still pick out a few of them to add.

As you think about what to carry, remember the Rule of 3.
Know when it is time to get home with our Bug Out Red Flag Warning Signs.


Or click on a label below for similar topics.
Posted by Prepper Handbook at 9:21 PM No comments:

Every Day Carry or EDC Survival, is the most common survival scenario, where a person must survive with only what they carry on a daily basis.  In this post, we are focused only on what Men could easily carry on them. 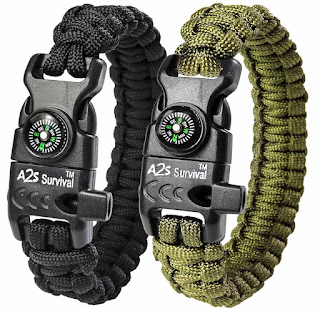 What a man should / could carry on his person every day
* Cannot be carried in certain places such as when flying.

As you think about this to carry, remember the Rule of 3.
Know when it is time to get home with our Bug Out Red Flag Warning Signs.

Posted by Prepper Handbook at 8:30 AM No comments:

Throughout history, people in power have used the False Flag trick to fool the ignorant masses in to believing something that is not true. History always repeats itself and today is no exception as foreign powers seek to disarm America, 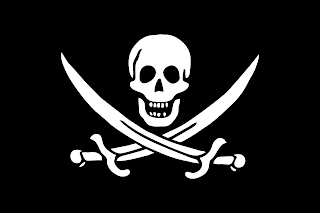 A false flag is a covert operation designed to deceive, creating the appearance of a particular party, group, or nation being responsible for some activity, disguising the actual source of responsibility. The term arose from Pirate ships flying the flag of a ship they wanted to conquer.

Prior to World War II, German soldiers wearing the Polish uniforms and speaking Polish, attacked a German radio station on the Polish border (known as the Gleiwitz incident). Their purpose was to gain support from the German Public to attack Poland. The Polish government, with virtually no military, vehemently denied this, and would have been insane to attack Germany who had the strongest military in Europe.

Rome burned and Nero blamed a small religious sect – Christians. The Reichstag burned and Hitler blamed those who he felt stood in the way of implementing his twisted ideology – Jews and Communists. None of these groups were responsible for the crimes. The acts were not a part of a grand conspiracy. Yet, in both instances, members of these groups were rounded up, deprived of their rights (Red Flag Laws), and often imprisoned and executed although they held no individual responsibility whatsoever for any crime.

People have been killed in mass shootings. Those in power are setting their sights, not on the actual perpetrators but, on the greatest threat to the expansion and consolidation of their power – the Constitutional Right to Bear Arms.

Gun deaths are sad indeed, but EVERY DAY 2,700 innocent babies are aborted; 1,600 die from cancer; 680 die from medical mistakes, compared to 1 per day with a rife. But why no outcry about these?
The answer is that saving lives is NOT really the goal.  The real goal is to disarm Americans, so that Foreign controlled Democrats can do whatever they want, and disarmed Americans cannot do anything to stop them.

Throughout history, unarmed people have been persecuted, rounded up, and enslaved; Black Slaves, Native Americans & German Jews, just to name a few that we are all familiar with, but there are many, many more.  Divided Native Americans, flooded with immigrants and eventually disarmed, waited too late to fight back; this is happening again today.

The 2nd Amendment of our Constitution was intended to protect Americans freedom from external  and  internal  threats. The more the enemy tries to infringe, the more important this right becomes.

But the enemy is smart, and plans on slowing eroding our right to bear arms over time.  The boiling frog is a fable describing a frog being slowly boiled alive. The premise is that if a frog is suddenly put in boiling water, it will jump out, but if the frog is put in tepid water which is then brought to a boil slowly, it will not perceive the danger and will be cooked to death.

Americans are being brainwashed by our one world government, globalist Main Stream Media (like CNN, MSNBC and NBC among many others) and turned against each other and slowly being cooked to death.  How long will we sit here and let it happen?

Beto, has disclosed the Democrats plan and is mentally conditioning Americans to hearing about mandatory gun "buy back" also know as confiscation.  Comprehensive background checks will be first, where they can track every NEW gun purchased, and who owns it.  Soon Gun Registration, tracking EVERY gun (new and old) and owner will be required.... "you can have your gun... we are not trying to take them, but it must be registered".... over time, they will aggressively pursue unregistered guns, slowly at first, then turning up the heat.  Then a MANDATORY buy back or GUN SEIZURE will be implemented, now that they know where all but a few of them are.

We must recognize their evil plan and educate others, join the NRA, and get out and vote in every election for Republicans who support the right to bear arms.  Take others to register to vote, and then to the polls on voting day.  Foreign dollars are paying Democrats to do this every day.  We must act now before it is too late.

Posted by Prepper Handbook at 9:28 PM No comments: