A large asteroid could be headed toward us in the near future — barreling through space on a risk trajectory that might cause it to collide with Earth.
The news comes from the Express, which cites NASA sources revealing that the space rock could end up engaged in not one, but a staggering 62 different potential impact trajectories with our planet — each of them waiting to sling the asteroid toward Earth over the next 100 years.
Known as asteroid 2018 LF16, the space rock was last observed by our astronomers on June 16 — notes NASA’s Jet Propulsion Laboratory (JPL) — who calculated its orbit and its potential to become a threat to our planet. The calculations showed asteroid 2018 LF16 could collide with our planet on 62 different dates between now and 2117.
The first of these unnerving opportunities arises just five years from now — occurring on August 8, 2023. Other potential impact dates in the near future fall on August 3, 2024, and on August 1, 2025.
To make matters worse, the space rock is estimated to measure nearly 700 feet across and is currently hurtling through space at a speed of more than 33,844 miles per hour. This makes asteroid 2018 LF16 twice as large as the Statue-of-Liberty-sized space rock that skimmed past our planet earlier today, as reported by the .
“A space rock this big is about twice as tall as Big Ben’s clock tower in London, twice the height of the Statue of Liberty in New York, and is four times as tall as Nelson’s Column in Trafalgar Square,” states the Express. 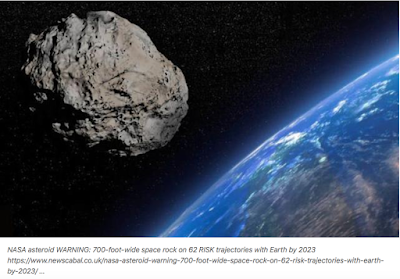 However, this is not to say that the asteroid will slam into Earth with absolute certainty. In fact — per the British media outlet — NASA estimates that the asteroid has a one in 30 million chance of crashing into our planet. This translates into a 99.9999967 percent chance of a miss in the event that asteroid 2018 LF16 does come wandering too close to home.
This particular space rock ranks as a level “zero” threat on the Torino Impact Hazard Scale — meaning that its likelihood of a collision with Earth is nonexistent or close to nonexistent.
This is the same designation that “also applies to small objects, such as meteors, and bodies that burn up in the atmosphere — as well as infrequent meteorite falls that rarely cause damage,” explains the Center for Near Earth Object Studies at NASA’s Jet Propulsion Laboratory. 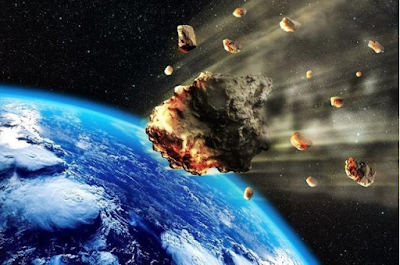 Although NASA predictions show that asteroid 2018 LF16 has virtually zero chances of smashing into Earth, the space agency will continue to keep an eye on this formidable space rock.
An asteroid of this size headed directly for Earth would pack a tremendous impact force that could rival the 50-megaton blast produced by the detonation of the Tsar Bomba in 1961.
“That is more than 1,500 times that of the Hiroshima and Nagasaki bombs combined, and 10 times more powerful than all the munitions expended during World War II,” writes the BBC. 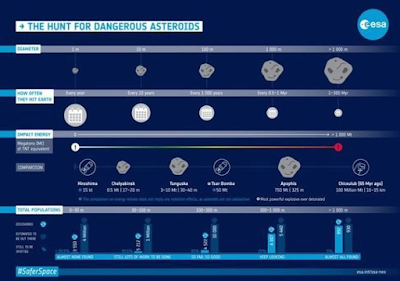 “The main challenge stems from the population of middle-size objects, ranging from tens to hundreds of meters in diameter,” shows the ESA.
These smaller asteroids can be found in greater numbers in our solar system and strike the Earth periodically — sometimes causing extensive damage. This was the case of the 60-foot asteroid that exploded over the Russian city of Chelyabinsk in 2013, injuring more than one thousand people and producing damage of millions of dollars.

Posted by Prepper Handbook at 8:46 PM

Email ThisBlogThis!Share to TwitterShare to FacebookShare to Pinterest
Labels: Asteroid