What are "Common Sense Gun Laws?"  They are a phrase that has been focus group tested by the gun control lobby and found to be more agreeable to American Citizens.  So lets explore this further.

Should we prohibit guns from criminals & those who are mentally ill?  The obvious answer seems to be yes, but think about this.  If we disagree with the government, they can declare us criminals or mentally ill.  Anyone who would want to own a gun must be mentally ill in their minds.... right?  Anyone who owns the wrong kind of gun, that gets more and more restrictive over time is a criminal, right? Can you see where this could go.  Next, an annual mental examination will be required to own a gun at our expense and a huge government fee/tax.  Slowly over time, more and more "Common Sense" gun regulations are put in place until it becomes nearly impossible to legally own a gun... no problem for criminals as they actually prefer unarmed victims.  Interesting how a large majority of all mass shootings are in Gun Free Zones.  Perhaps the people who implement those gun free zones are in part responsible for the victims who are shot, far more so than the gun manufactures being responsible when a criminal uses a gun to commit a crime.

Ok, but obviously we should keep guns out of the hands of Terrorist?  Problem with that is the FBI definition of Terrorism would include George Washington and basically every other hero who fought in the American Revolution for our freedom from an oppressive government (England) who would have also been glad to ban our guns.

So it is very important to realize that "Common Sense Gun Laws" are part of a strategy to slowly take away the right to bear to bear arms over time and effectively ban guns just like Australia did. Australia first required that every gun be registered and then a few years later implemented a mandatory buyback. This is the type program that gun banners like Hillary Clinton support.

We hear the figures 90 gun deaths per day from Gun Banners. According to PolitiFact, this includes police shootings and only 1/3 are from homicides.  The largest part are suicides who would simply find another way if they didn't have a gun. Of the gun homicides:
If we want to act on Gun Violence, we should start by keeping these criminals in jail instead of releasing them early.  Since most crime is committed by repeat offenders, we could cut crime in half by putting and keeping them in jail or use the death penalty. 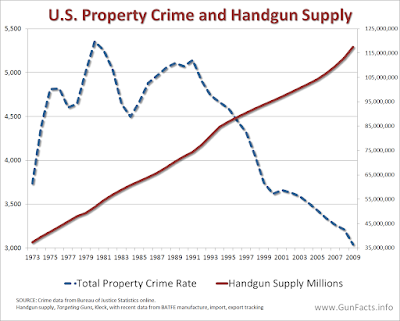 Unfortunately, we hear few statistics to demonstrate how many crimes are avoided, and lives are saved because of the presence of guns and the media never covers these cases like shooting victims get.
But as Gun ownership has increased, crime has gone down according to the FBI background checks required to buy a gun and their crime statistics.

We also know restrictive places like Chicago and Mexico that have very few guns per capita (mostly the criminals & drug cartels), their Homicide rates are much higher than the US average which has a high gun ownership rate per capita.

In fact, crime is at a 44 year low according to FBI data complied by the NRA who is the leading supporter of American gun rights.  Every Patriot who believes that American should have the right to own guns should join this organization.

We hear statements like Europe bans guns and have far less gun deaths, but their total violent crime is much higher and in France (and California) where guns are highly restricted, they have more mass shootings than the US and our population is five times larger.  If you don't count the 5 US states with the strictest gun laws, then our crime rate is lower than most countries that ban guns.

There are many things that cause more deaths than guns like heart disease, tobacco, aids, cars and even swimming pools.  Yes, there are far more (about 11X) children die per swimming pool than there are per gun in the US.  the purpose of Gun Control is not really about public safety or saving lives, its about controlling we the people, so the Government can do what ever they want to. The more the government infringes on the right to bear arms, the more we need that right.  The right to bear arms is not about the right to protect your home or hunt, it is to insure a Free State. 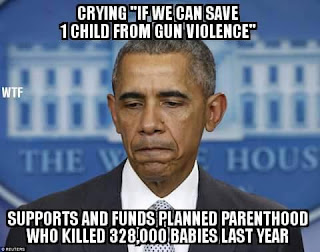 Abortion Doctors kill about 1,000 times more children each year than guns do, so gun control is NOT about protecting children. Granted the Supreme Court has said this is a woman's choice, so I'm not debating this issue but if a criminal kills a pregnant woman and her unborn child they are charged with a double homicide.

So once again, every Patriot who loves this country and believes that Americans should have the right to own guns should join the NRA.  You can apply for membership here.

As a note, this content was not reviewed nor approved by the NRA and does not necessarily reflect their opinion or position on the subject of gun control.

Gun Free Zone Facts
Why I avoid doing business in Gun Free Zones
The Rule of 3 (set priorities by this);

Posted by Prepper Handbook at 12:09 PM