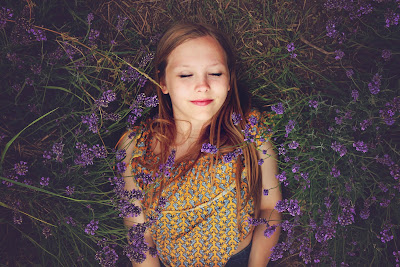 At this point it seems the evidence is overwhelming—new studies seem to arrive on our desks each week that suggest simply spending time in green spaces can improve our health, both mentally and physically. As avid outdoors people, we instinctively know that, but it’s always nice to have science confirm our suspicions. And recently, researchers from Aarhus University in Denmark published yet another study about the outside/good health connection that may provide the most conclusive evidence yet. Getting outside, walking around, hearing the rustle of trees, feeling the wind on our face, the rain on our backs, the sun on our skin—the more we do that as kids, the happier we are as adults, their study suggests. And this was one heck of a study.
From 1985 until 2013, the researchers combed data from one million Danish residents. They looked at everything from income to educational level, history of familial mental illness, as well as how much green space surrounded where the residents had grown up. Because they had so much data to work with, the researchers were able to try and control for socioeconomic factors—kids who grow up wealthier probably have more access to green space, for example. Yet even factoring those discrepancies in, researchers found that being raised surrounded by nature as a child meant a 55 percent lower incidence of developing mental health issues as adults. Even better, it seemed that the more time children spent in nature, the better as far as mental health outcomes were concerned.

If we were talking about a new medicine that had this kind of effect the buzz would be huge—these results suggest that being able to go for a walk in the park as a kid is just as impactful.

The researchers were able to use satellite data to examine how much green space surrounded the residences of the subjects in the study. It was as simple as noting that kids who grew up in areas surrounded by more visible vegetation meant better mental health outcomes as adults. Wilderness, public parks, even urban green spaces, it didn’t seem to matter. The ramifications could be massive for future city and regional planning.
“There is increasing evidence that the natural environment plays a larger role for mental health than previously thought,” said Kristine Engemann, who led the study. “Green space seemed to have an association that was similar in strength to other known influences on mental health, like history of mental health disorders in the family, or socioeconomic status.”
What the study can’t show, however, is why this should be the case. Is it simple proximity to trees and vegetation? Or is it likely that kids who had access to more natural environments were more likely to be outside, getting excercise, perhaps doing so in groups and forming strong social bonds that they carried with themselves to adulthood? Maybe spending time in nature taught self-reliance, resilience, patience.
Or could it be that something in nature speaks to us in a way that won’t show up on a scientific study? Doctors are prescribing nature walks for patients to help with chronic physical ailments. Mountain biking groups are healing mental illness sufferers. Surfing is a very real salve for veterans with severe PTSD and physical ailments. It probably shouldn’t be so surprising that growing up in a natural environment would also have powerful health benefits.
Perhaps there’s simply a real physiological connection to being more in tune with the natural world. It’s certainly something we feel when camping, when in the middle of the sea, when scaling a mountain peak, or even when lounging next to a lake.
“If we were talking about a new medicine that had this kind of effect the buzz would be huge,” said Kelly Lambert, a neuroscientist at the University of Richmond. “But these results suggest that being able to go for a walk in the park as a kid is just as impactful.”
JR NOTE:  Look at a Red/Blue Political map and you can clearly see that people in large over populated cities vote (and think) differently from those who live in the country.
Great article from www.adventure-journal.com

Posted by Prepper Handbook at 8:01 PM